Difference between revisions of "Hageman:NAMICHelixPhantom"

This is a software utility for creating a pure digital DTI phantom based on a user specified helix shape. One of the current challenges of DTI tractography is the lack of any ground truth with which to validate a method's results. To address this problem, we have created a digital DTI phantom that allows the user to specify all aspects of the ground truth, such as dimensions, helix shape, addition of Rician noise, etc... The program creates the shape as a volume of eigensystems and, using this, outputs the appropriate number of DWI volumes based on the number of acquisitions, b-values, and gradient directions that the user has provided. The goal of this project is to fully develop this method and make it available to the NAMIC tractography group to aid their validation efforts. 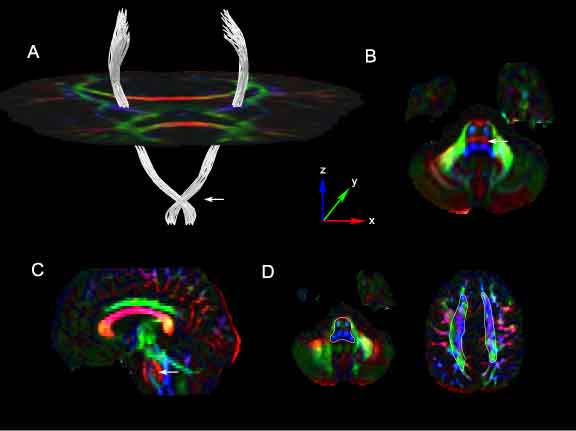