Difference between revisions of "Projects:SegmentationEpicardialWall" 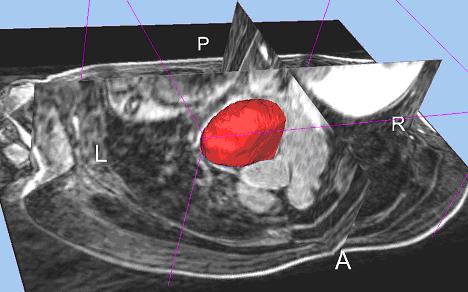 Atrial fibrillation (AF), which is caused by unsynchronized electrical activity in the atrial chambers of the heart, is a rapidly growing problem in modern societies. Electrical cardioversion and antiarrhythmic drugs can be used to control this condition but it involves side effects and only 40-60% of the AF population is maintained in regular rhythm one year after such treatment. An alternative treatment is catheter ablation in which the sources of electrical dyssynchrony are suppressed by ablating specific tissues using a special catheter. Ablation is performed by exposing the tissue to a high temperature, which results in lesion (scar) formation. This procedure, if successful, provides a final cure to AF.