9/21/05 Comparison of LSDIrecon vs. DTMRI, using FA & ADC/trace as test variables. Also a comparison of the "include zeros" functionality that Steve included. 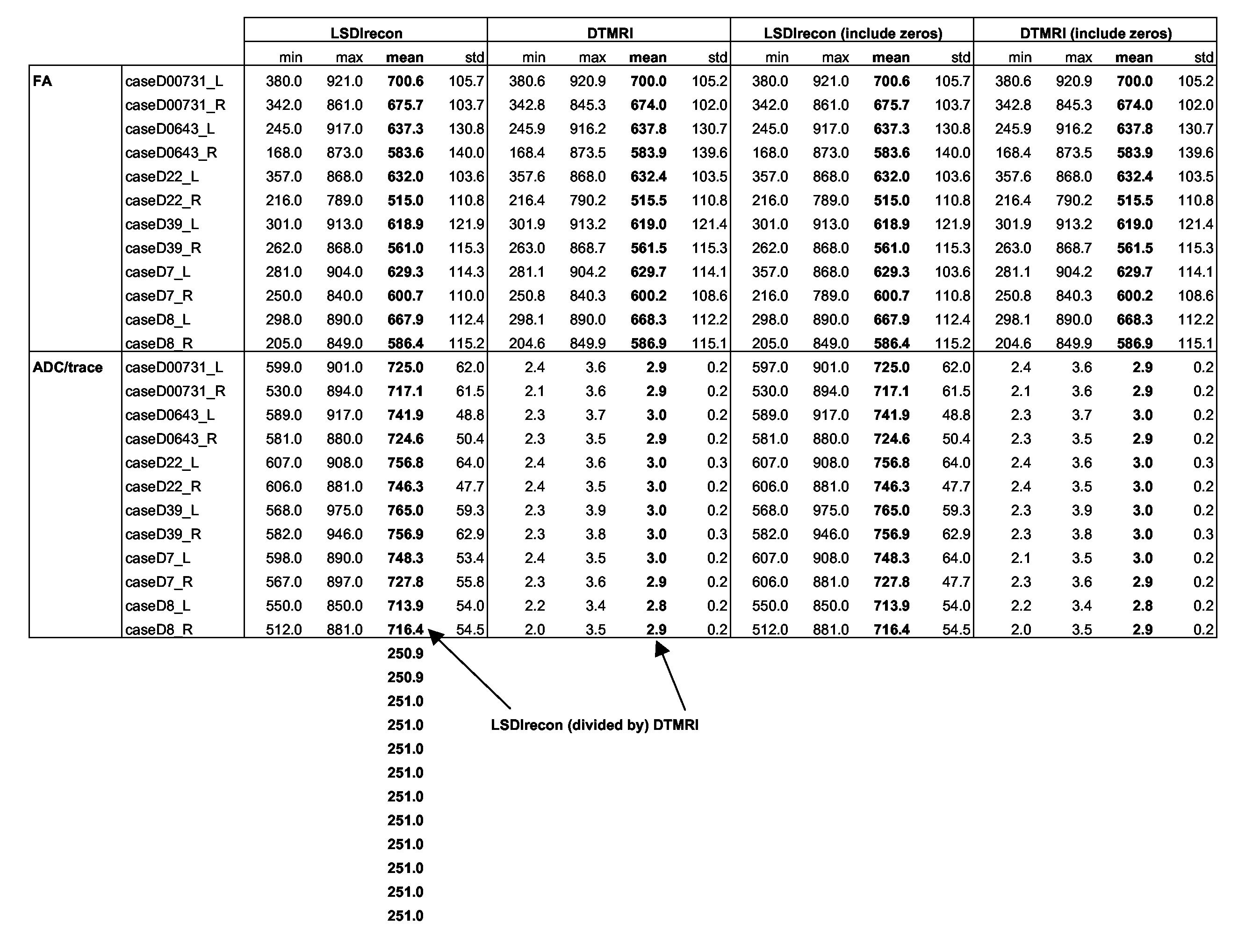 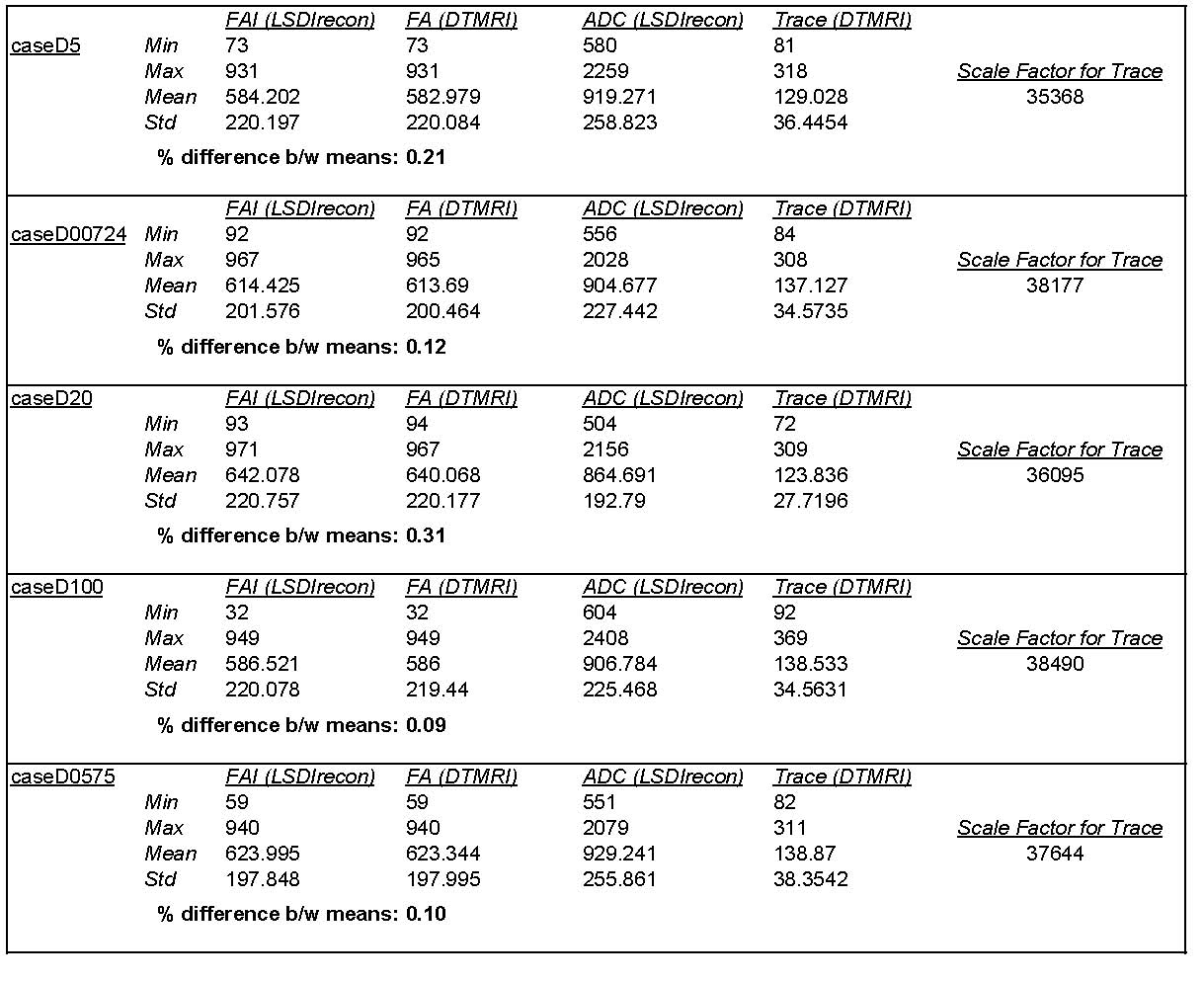 6/1/05: Sylvain and Mark met with Stephan a couple weeks ago to discuss the slice corruption problem with the lsdi2dwi script and DICOM cases (see notes from 5/13/05). Stephan discovered the source of the problem: the swab function behaves slightly differently under Linux and SUN.

5/20/05: Below is the table confirming that Gordon's matlab scripts accurately differentiate Fermi-filtered from non-filtered cases.

Notes for this table: 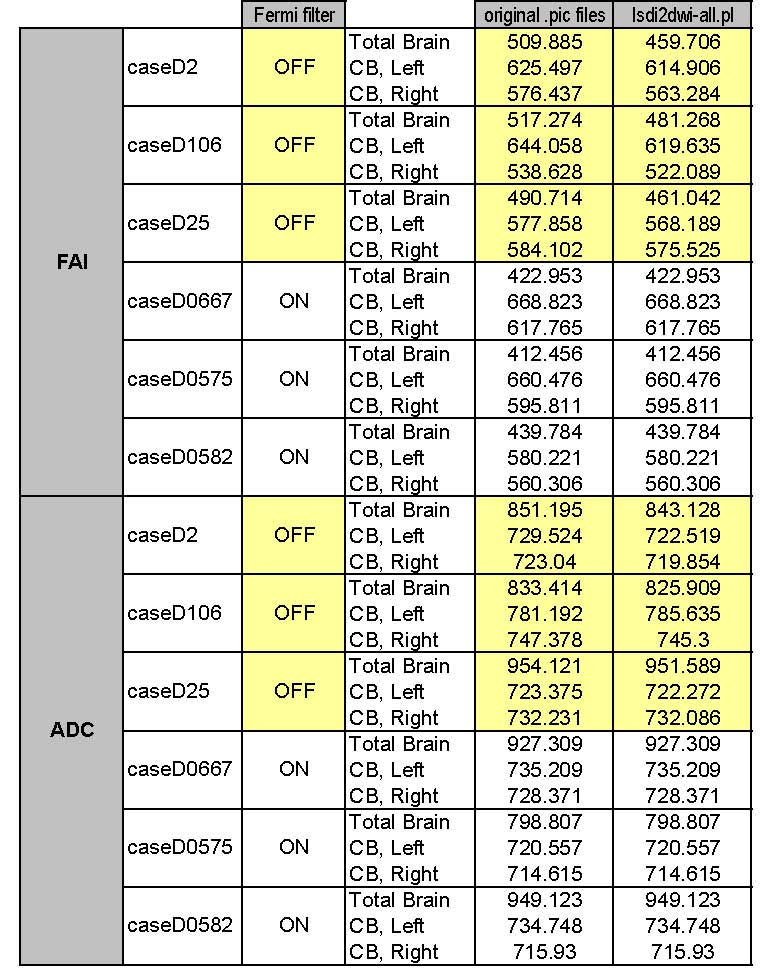 5/17/05: Erin and Mark found out that a majority of cases were potentially reconstructed before Stephan's LSDIrecon v1.3 was implemented, so they are working with Gordon on a method to retroactively determine whether cases were reconstructed with a Fermi filter.

5/13/05: Sylvain modified the lsdi2dwi-all.pl script, and Erin & Mark compared the output of this script with the original versions of the LSDIrecon scripts. The output table is below.

In the table below: 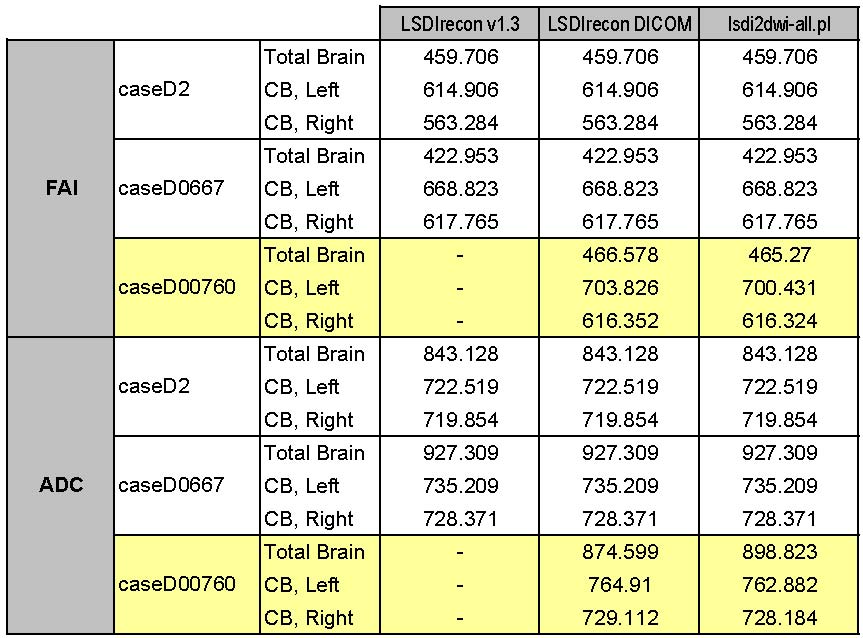 5/11/05: Mark and Marek met with Stephan Meier and identified one source of the differences found in the LSDIrecon scripts.

5/11/05: Stephan also brought up the issue of a threshold used in his LSDIrecon scripts, which could also change numbers slightly.

The following is a copy of the parameters in the LSDIrecon_par file: