A core activity of UCSD is the development of infrastructure and support for the utilization of distributed computation resources (i.e. Grid Wizard Enterprise). This infrastructure allows, for example, Slicer3 to execute work in a distributed grid environment and enable NA-MIC algorithms to be tested in such a distributed environment. This will allow for much quicker validation of algorithms developed in Core 1 and also test effects of parameter settings, through large scale parameter exploration experiments. Work described in the previous progress report led to a prototype grid interface (aka Grid Wizard or gwiz). The overall purpose of this work in NA-MIC is to facilitate a "run-everywhere" philosophy for algorithm developers. By adopting a standard for algorithm "self-description" that is followed when command line executables are written, Slicer and distributed computational environments should be able to use the executables directly in their environment.

A basic consideration of the GWE environment is that a researcher expert in a particular scientiﬁc discipline should not need to also become an expert in grid computing in order to produce an application that uses grid technology. It is important to note that GWE is not meant to be another grid middleware package, rather, it is meant to be a large-scale job launching and management tool that bridges the gulf between these biomedical researchers and current grid middleware by:

The field of high performance computing (HPC) has provided a wide array of strategies for supplying additional computing power to the goal of reducing the total “clock time” required to complete large scale analyses. These strategies range from the development of higher performance hardware to the assembly of large networks of commodity computers. However, for the non-computational scientist wishing to utilize these services, usable software remains elusive. Here we present a software design and implementation of a system, Grid Wizard Enterprise (GWE; http://www.gridwizardenterprise.org/), aimed at providing a solution to the particular problem of the adoption of advanced grid technologies by biomedical researchers. GWE provides an intuitive environment and tools that bridge this gulf between the researcher and current grid technologies allowing them to run inter-independent computational processes faster by brokering their execution across a virtual grid of computational resources with a minimum of user intervention. The GWE architecture has been designed in close collaboration with NA-MIC researchers and supports the majority of every-day tasks performed by computational scientists in the ﬁelds of computational biology and medical image analysis. 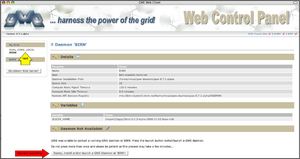 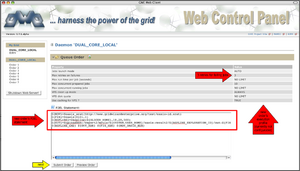 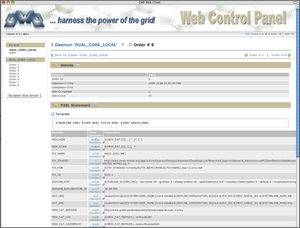 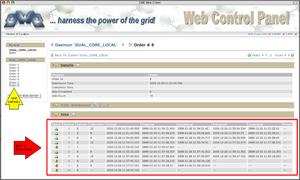 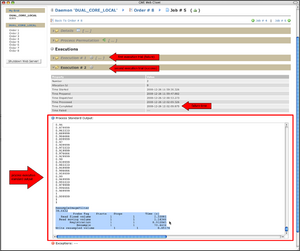 Parameter exploration experiments consist of input parameter values and output result values (besides the abstract description of the experiment - algorithm/workflow). To review/manipulate these values (considering their typical large amount) a researcher is forced to deal with a great degree of manual work and error. These common tasks, performed before and after running the parameter exploration experiments (using automated systems such as GWE), can be eased by means of using an end user tool with the appropriate features. Here we present a software design and implementation of a system, Record Set Explorer (RSE; http://www.gridwizardenterprise.org/rse), aimed at providing a generic; but powerful and easy to use tool for users to interactively explore and manipulate record sets. RSE provides an easy to use tool that bridges the management of data to review/create/edit the input and output values of parameter exploration experiments. Its generality provides 3rd party adopters to easily extend the tool to include different source types for record sets such as CSV formatted files, XNAT databases (support already included in the core release of RSE), XML+XSL files, RSS feeds, Python data structures, JSON formatted files, etc.

Exploring the results of a GWE parameter exploration experiment

Dissemination Activities Prior to Monthly Progress Outlined Above

Infrastructure Prior to Monthly Progress Outlined Above

Data Sharing Prior to Monthly Progress Outlined Above