In recent years Dynamic Contrast Enhanced-Magnetic Resonance Imaging (DCE-MRI) has gained popularity as an important complementary diagnostic methodology for early detection of breast cancer. It has demonstrated a great potential in the screening of high-risk women, in staging newly diagnosed breast cancer patients and in assessing therapy effects thanks to its minimal invasiveness and to the possibility to visualise 3D high resolution dynamic (functional) information not available with conventional RX imaging. Among the major issues in developing CAD systems for breast DCE-MRI there are: (a) the detection of suspicious regions of interest (ROIs) as sensibly as possible, while simultaneously minimising the number of false alarms [1] and (b) the classification of each segmented ROI according to its aggressiveness [2]. This task is made harder by the peculiarity of DCE-MRI breast examinations: breast movements due to inspiration, a huge diversity of lesion types.

Breast Cancer analysis could be approached as a classification problem via Computer Aided Detection (CAD) system.

With the aim of reducing the computational cost of further steps and attenuate noise caused by extraneous voxel (VOlumetric piXEL) a binary mask representing only breast parenchyma and excluding background and other tissues is extracted. Segmentation of breast parenchyma has been addressed relying on fuzzy binary clustering, breast anatomical priors and morphological refinements.

The segmentation of breast parenchyma has been addressed relying on fuzzy binary clustering, breast anatomical priors and morphological refinements. In breast segmentation, the most difficult issue to address is discriminating the breast parenchyma from the pectoral muscle since signal intensities, textures and anatomical structures of these tissues are very close each other. 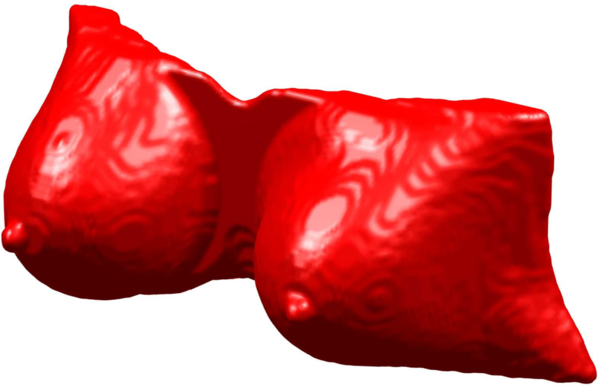 A Breast-Mask extracted from DCE-MRI data

The proposed breast mask extraction approach overcomes the issue by mixing geometrical-based and pixel-based approaches. It relies on geometrical anatomical priors to take advance of anatomical knowledge of the breast key points and uses a pixel base segmentation to obtain the best threshold for each border. 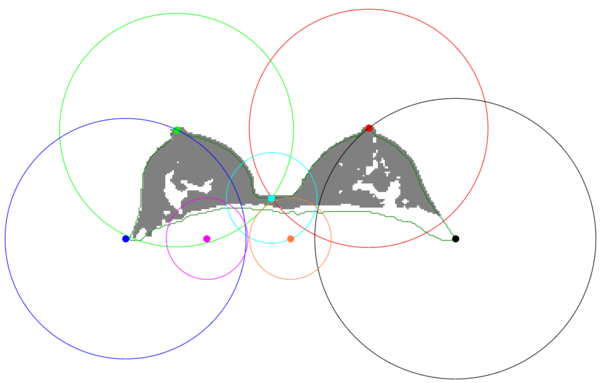 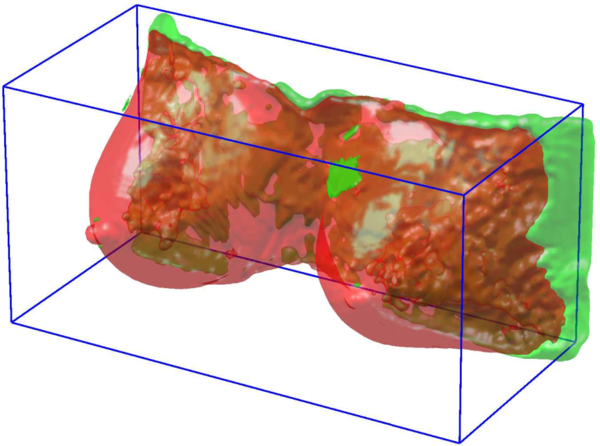 The result is an automated procedure, able to extract an accurate breast mask without any prior information on the patient dataset (as in the case of atlases).

The novel proposed lesion detection module performs the breast segmentation relying on deep approaches such as those proposed in [4] [5]. In particular, "u-net" provides segmentation via deep Convolutional Neural Networks (dCNN). 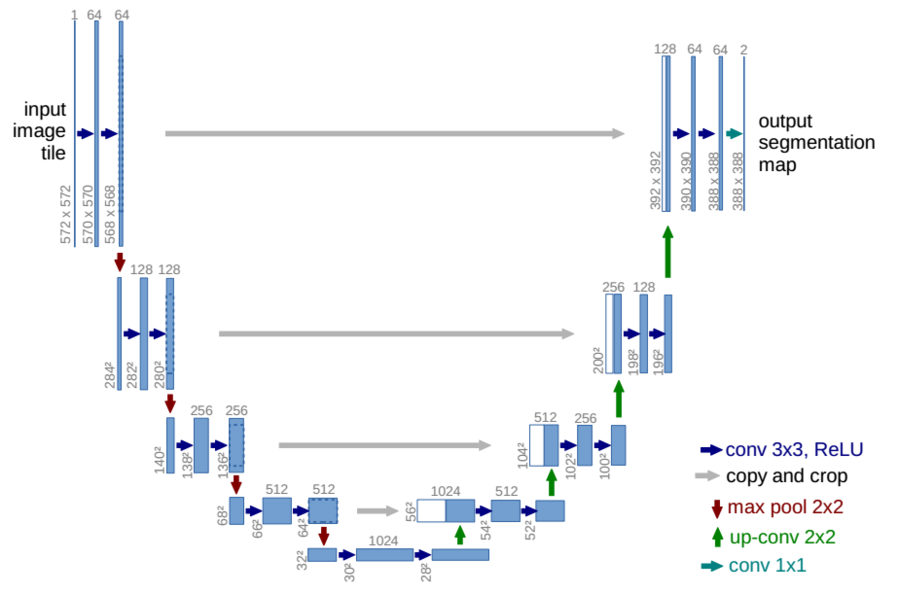 Segmentation has been performed in Axial projection

Interactions with Anneke and Giampaolo were important in order to understand how to improve the CNN topology.