The goal of this project is for better visualizing and computation of neural activity from fMRI brain imagery. Also, with this technique, shapes can be mapped to spheres for shape analysis, registration or other purposes. Our technique is based on conformal mappings which map genus-zero surface: in fMRI case cortical or other surfaces, onto a sphere in an angle preserving manner.

The explicit transform is obtained by solving a partial differential equation. Such transform will map the original surface to a plane(flattening) and then one can use classic stereographic transformation to map the plane to a sphere.

The process of the algorithm is briefly given below:

Also, in the work of Multiscale Shape Segmentation, conformal flattening is used as the first step for remeshing the surface.

The road to ITK and Slicer3:

The conformal flattening algorithm is now in ITK/Code/Review/itkConformalFlatteningMeshFilter.h/txx. The following figures show how the surfaces are mapped conformally to a sphere. 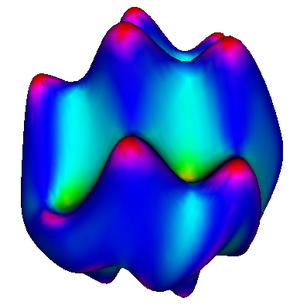 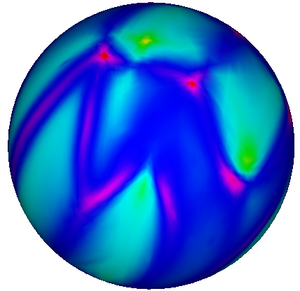 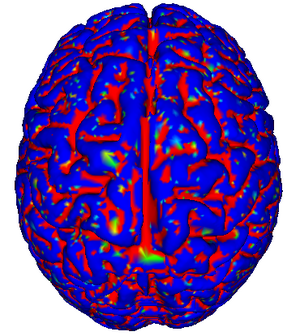 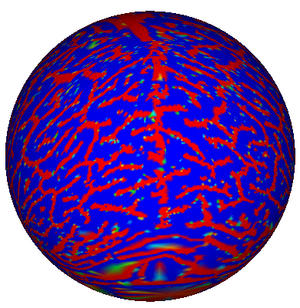 During the project week 2008, it is further put into Slicer3 as a command line module. Below we show two screen shots of using it. 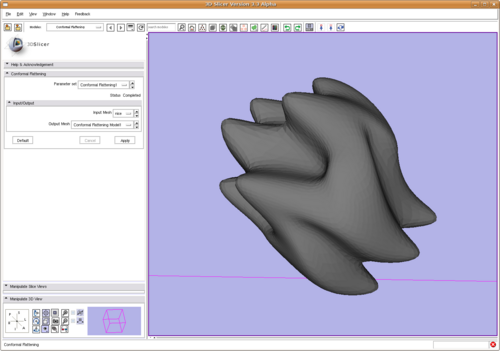 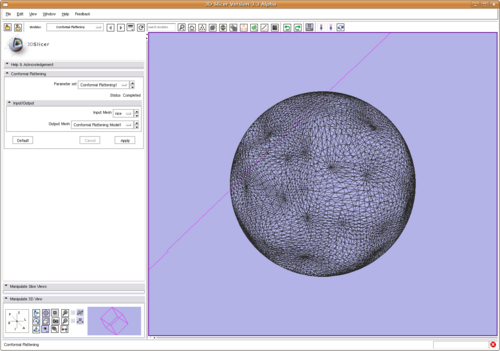 The major computation happens in the solution of the linear system using conjugate gradient method. This can be accelerated using the pre-conditioning technique.